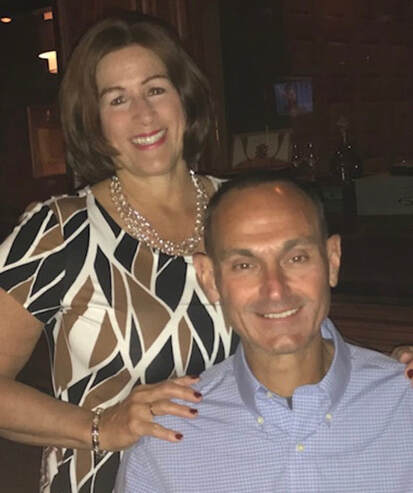 For determined Kent State Tuscarawas students who are putting themselves through college, a new scholarship through the campus Tuscarawas County University Foundation may be the difference.
The foundation is pleased to announce the new Stephen and Annette Rossi Scholarship.  The primary purpose of the Rossi scholarship is to ease the financial burden for deserving, motivated and working students who have limited financial resources.  Stephen and Annette strongly believe in providing assistance to students who are already helping themselves.
Stephen graduated from Dover High School in 1974, attended Kent State Tuscarawas in 1974-1975 and transferred to the University of Akron, where he received his Bachelor of Science in Accounting in 1977. Stephen was awarded the Gold Medal from the Ohio Society of Certified Public Accountants and the Elijah Watt Sells Certificate of Honorable Mention from the American Institute of Certified Public Accountants for his achievements on the November 1977 CPA exam.
He spent the first twelve years of his career at Arthur Andersen & Co. Cleveland and New York, and the remainder of his career in the securities industry, primarily as Senior Vice President and Assistant Controller for Lehman Brothers and Senior Vice President of Accounting and Administration at D.E. Shaw & Co.
Annette is a 1975 graduate of Indiana University of Pennsylvania with a Bachelor of Science in Nutrition Education and worked for Aramark Corporation and Atlantic Health System as a Dietitian.
Mr. and Mrs. Rossi have three sons, Thomas, Jeffrey, and Gregory and nine grandchildren.
For more information on this or other scholarships, contact Jason Maurer, financial aid coordinator, at 330.308.7486 or jmaure13@kent.edu.
If you are interested in making a difference by creating such a scholarship, contact Chad Conrad, director of philanthropy, at 330.308.7445 or cconra1@kent.edu.
Soar with us: Together, we can do great things!
SUPPORT US
Events